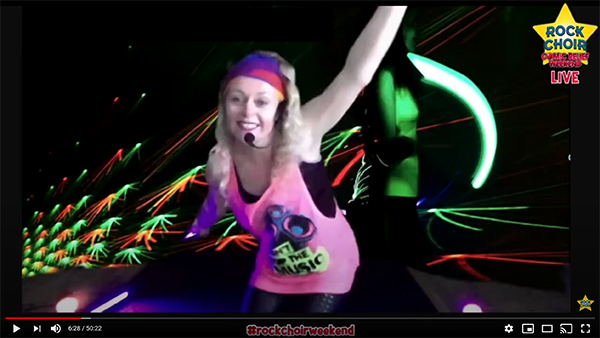 Clubbercise was recently invited to take part in a weekend-long virtual festival to raise money for Comic Relief.

The festival was organised by Rock Choir, the largest contemporary choir in the world. Choir members and the general public were invited to purchase tickets with all profits going to Comic Relief, so far over £45,000 has been raised.

More than 400 people took part in the Clubbercise session with instructor Linzi Matthews from Liverpool, which is believed to be the biggest online Clubbercise class to date.

Festival-goers were also able to take part in a workout with Mr Motivator, a singing workshop with Gary Wilmot MBE and lots of other activities including cocktail making and dancing. The weekend culminated in a live, socially distanced, concert finale filmed at Birmingham Repertory Theatre.

Ali Styles, Relationship Fundraising Manager for Comic Relief said: "The money raised by will help some of the most vulnerable people in the UK and around the world find safety and support – and turn their lives around."