Col's story: My wife got me glowing... now I'm an instructor! 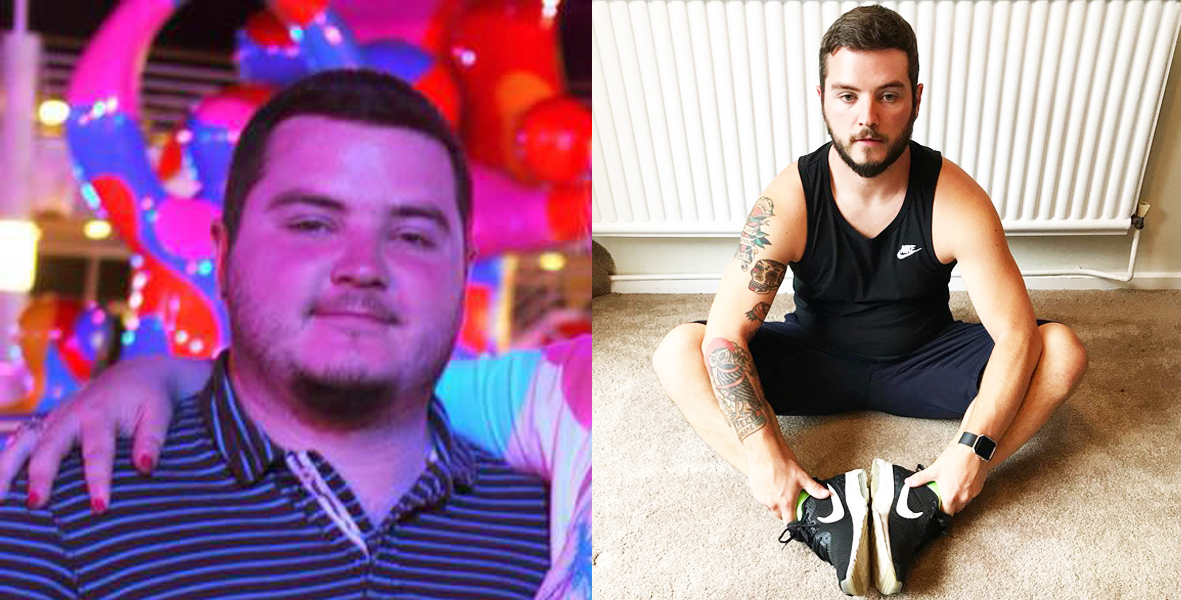 When Col reluctantly attended a Clubbercise class to support his wife's interest in our clubbing workout, the biggest surprise was how it ignited his journey to become an instructor!

Hello my name’s Col, I’m 34 years old and am a Creative Director and Co-Founder of a design and development agency based in Leeds, West Yorkshire.

It’s safe to say that from the ages of between 18 and 30 I was extremely unfit; working at a desk all day whilst staring at a screen is probably one of the worst things you can do for your health - it’s bad for the eyes and for the waistline, and is a bit of a killer for your posture.

Sitting at a desk and grazing on treats from my desk drawer was commonplace too, to the point where you don’t even realise you’re doing it anymore, and certainly don’t realise the implications of the amount of food you’re putting away versus any exercise you might actually bother to get involved in.

As a younger lad I used to be fairly fit at a steady 11-12 stone, I used to play football a lot and stayed pretty active but as you get older and your metabolism starts to slow I started to pile on the pounds. We all love a takeaway and a few beers and I was no different and by the time I was in my 30’s I weighed around 17 and a half stone.

One day my wife decided to do something about her own fitness, my response was ‘good for you’ and I went on with the rest of my day. She started going to see a Personal Trainer and doing one-to-one sessions and then after a few weeks my wife mentioned that I should join her on the sessions and I reluctantly agreed to go with her.

I remember after about my third session being in tears because I didn't feel I could physically do what the PT asked of me and I was both frustrated with myself because I couldn't do what they’d asked and upset that I’d got to a place in life where I knew at one point I could do the activities but had let myself go so much that I was now laid here sobbing. At that point I could have given up and gone back to my old ways but I persisted.

I started to realise that I’d shifted a little amount of weight and started to feel a bit lighter on my toes.

One day my wife said she was going to start a new exercise class called Clubbercise. I really wasn't up for doing it. Getting fit in private was one thing, but this was something else entirely.

I agreed to go to the first class, purely to support my wife; I thought ‘I’ll go once, I’ve supported her then, done my part and I don’t have to go again’.

As it turned out I couldn't have been more wrong, I actually enjoyed the class, everyone there was welcoming and although I didn't know any of the moves I didn’t feel out of place, I think the dark room and neon lights helped me to blend into the back row that I was adamant I was staying on throughout that entire class.

I went back the next week.

Weeks went by and I really got into the class, I felt myself getting fitter and the routines were starting to get easier to remember.

I realised I was moving further and further to the front of the class.

I believe I went to two Clubbercise classes every week for about 12 months and loved every minute of it.

It was at one point, mid-class where I just decided I’d like to take my enjoyment of the class one step further and become a Clubbercise Instructor myself.

The decision surprised my wife, it even surprised me if I’m honest but it felt like something I wanted and I made the decision to go for it. (I documented this more on my own blog at the time: colingrist.com/blog/learning-something-new)

A few weeks went by and after researching I realised there was more to getting a Clubbercise qualification than just signing up, a lot more! I needed to first become a qualified Gym Instructor. I wasn't sure if I wanted to do that, it sounded like a lot of work and I had a busy work life as it was, but the idea of a new challenge, learning a completely new discipline and eventually running my own classes was enough to make me decide to take the plunge.

Once the dust had settled on my gym instructor qualification I then registered to finally do the course I’d always planned on doing - Clubbercise!

I had such a good training day, everyone was welcoming, just like that first ever Clubbercise class I took, we were all there for the same reason and although the day certainly wasn't easy it was incredibly fun

I think the one thing I’d like to say as part of this blog post is that doing something you love, and wanting to get better at it is something I think we can all relate to and should actively go after if we can. I love supporting people who want to improve at something they already do or simply want to learn something completely different to their day job.